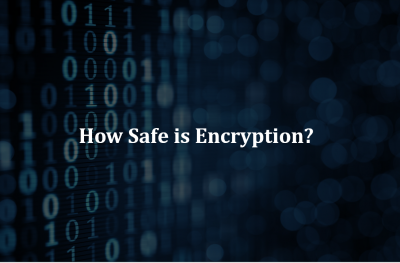 Ever been bugged by your IT department or computer geek friends to keep your device encrypted? There is a good reason for that. For a lot of people, “encryption” would always sound like a very geeky word but the do know that its purpose is to protect you from getting your private information safe. But really, how does it work?

Encryption is used to hide information based on the science of cryptography. On an everyday basis, we’re not aware about the extent of the amount of personal information we keep and exchange, and encryption plays a big part on making sure that all of these data will remain a secret in some way. It is a complex algorithm transforming a plaintext into complicated codes where a key is needed to unlock what it really means. Of course, this key is only possessed by the authorized person where he or she can be able to decipher the complex characters through decrypting it and viewing it on plaintext. Cryptography has long been present in the world even before the digital age and utilized for military purposes.

Asymmetric on the other hand, can give you better protection because it uses the public key and at the same time, a private key. In order to decode an information, the device must use the public key of the originating device and also its own private key. Popular application of asymmetric encryption includes the use of SSL or the Secure Sockets Layer (SSL) created by Netscape. Considered a quite expensive investment for websites, it’s a security protocol implemented by Internet browsers such as google to send sensitive information, as part of TLS or Transport Layer Security. How is this helpful? A secure protocol should have https on the address line versus an “http” only, with “s” that stands for secured. The padlock on the status should also appear on the browser window than indicates the website safe for transacting using sensitive information such as credit card details.

With the used of modern technology, your data should ideally be safe. With the effort, time, energy and money that will be spent in attempting to break these codes, we can say that encryption is one of the safest ways to navigate around the digital world either and transmit information. However, we cannot say that all encryption is created the same way because this is still prone to human error. But for now, we’re putting our bet on it as we develop more advance methods on keeping encryption tighter.

Do you want to order Another VPN?

Use both upper and lowercase characters Include at least one

[Part 1] How to Test your VPN Connection