The meaning of double VPN, and do you need one?

“Double VPN”. Just like the term Virtual Private Network, you’ve probably heard these two words thrown around a lot. Many VPN providers advertise premium double VPN services and brag all about their benefits.

But what exactly is a double VPN? How does it work, and in what specific ways does it differ from your average VPN? Will you need one, and if so, how much can you expect to pay for a good service? We’ll answer all those questions and more in this article. We hope this helps!

What is a VPN?

First, let’s try to figure out what is a VPN in the first place. If you already know, feel free to skip this section and move onto the double VPN section, where we’ll explore how that security method differs from normal VPNs.

Virtual Private Networks are not new, but an increasingly popular method for securing yourself and keeping your internet transmissions anonymous and private while browsing online. 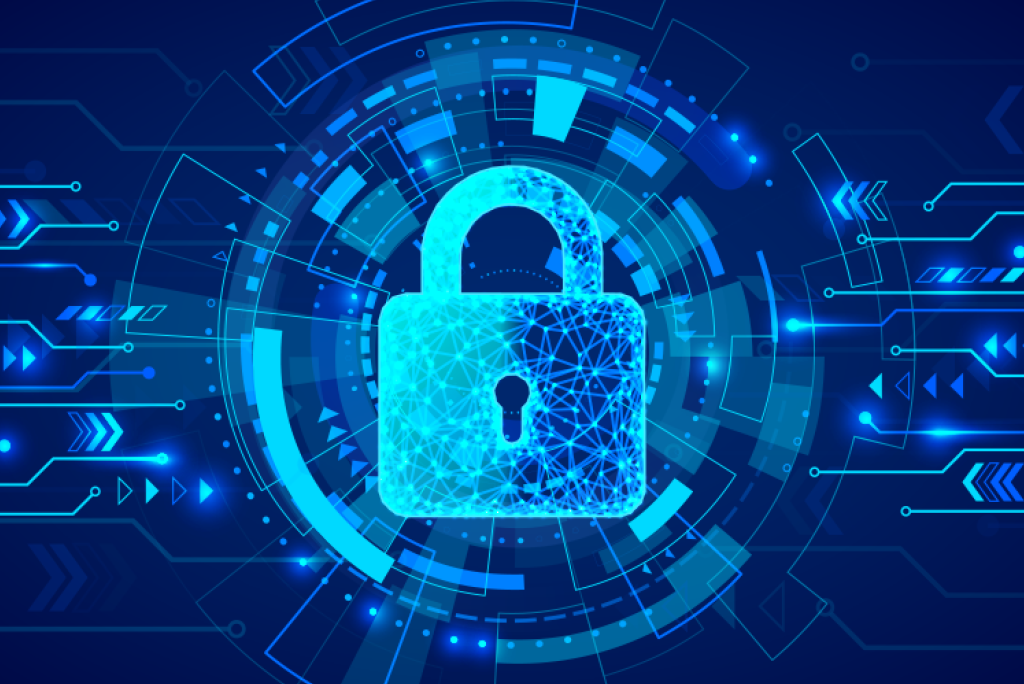 Through this method, it is also really hard for hackers and snoopers to “sniff” your internet data, and furthermore your Internet Service Provider will find it really difficult to figure out which websites you are visiting.

VPNs have an extensive range of benefits, and we’ve talked about them in numerous articles of ours before, which are worth reading. Firstly, we have security. Although most modern internet transmissions are already highly encrypted and very secure, you cannot bet on being safe online.

For example, if you visit a Wi-Fi cafe, anyone connecting to that same network as you, can sniff your communications and see what you’re doing. For many, this is disturbing and creepy, even if you have nothing to hide! Public Wi-Fi networks are not safe and it’s highly recommended to have a secure way of connecting to the internet when in such places. This is where VPNs come in.

They add a further layer of security and encryption to the tunnel of your internet communications and frustrate hackers and snoopers by obscuring what you’re doing. It also allows you to connect to some unsecured sites, for examples those that are not using Secure Sockets Layers and have the http:// prefix rather than https:// without feeling in any danger. 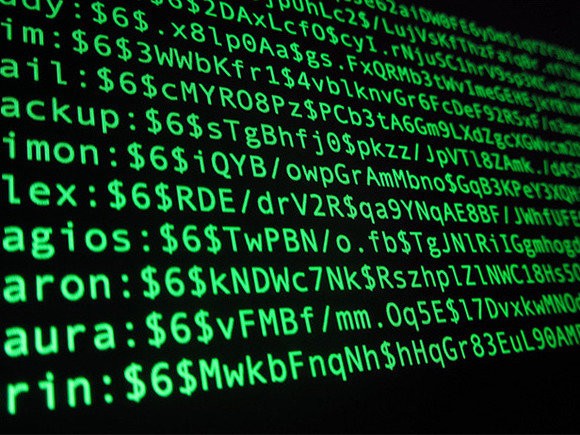 Like we’ve mentioned before, Virtual Private Networks additionally allow you to access geo blocked content or websites and data that is not typically available in your location or to your device. A VPN bypasses censoring software, filters and various systems put in place by Wi-Fi networks, governments and institutions who might be aiming to control what you can see on the internet.

For this reason, Virtual Private Networks are very popular for allowing people to browse the internet the way they like without being spied on, intercepted or blocked. By adding an extra layer of security and privacy, we can make internet browsing more comfortable and safe.

Lastly, with a VPN, you have the additional benefit of acquiring faster internet speeds in some cases, and spoofing your location so you appear to be sending requests from a country that you are not actually in.

By bouncing your internet requests off a VPN server, your device can make it seem like it is in a different nation. In some cases, this system also makes it faster and more efficient to connect to certain servers and computers on the internet, which is a fantastic bonus.

Double VPN Meaning - What is a double VPN? 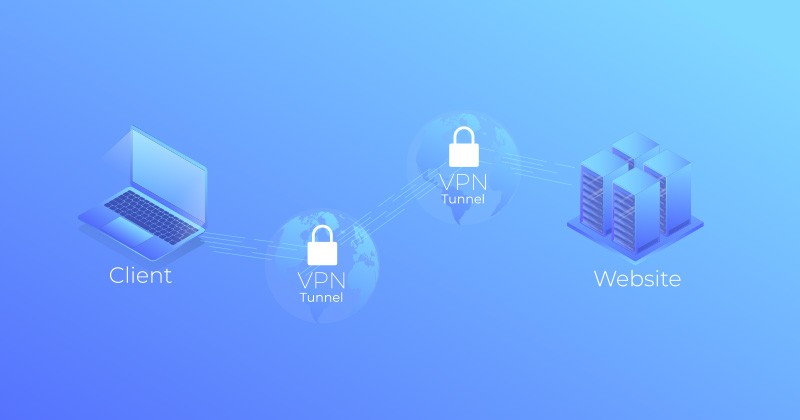 A double Virtual Private Network is very similar to a standard VPN indeed, but it is the perfect extra option if you are looking to add even more layers of security and obscurity to your internet transmissions. While a conventional VPN bounces your internet requests off a single VPN server, in another location or in another country, a double VPN bounces them off two or more?

Through this method, when your computer or device - effectively the “client” in any internet communication you make - sends a request to see the webpage hosted on any server or computer around the world, the request isn’t sent directly to the server. It is first sent to and processed by a Virtual Private Network server.

This server processes your request, and further encrypts it with an additional encryption key that the end server doesn’t have access to. Now, at this point, with a normal VPN the internet request would then be forwarded directly to the server which is hosting the website you want to access. This is straightforward, fast and generally quite a bit more secure than traditional client to server internet communications. 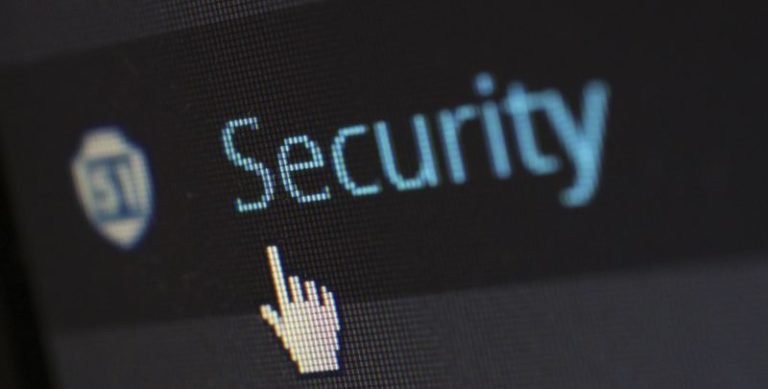 However, when you are using a double VPN, the internet request is bounced off yet another server, or even multiple, before being sent one last time to the server hosting that website you were after.

For each time this happens - that is, your request is sent to and processed by yet another Virtual Private Network server - the data is encrypted with one more unique, private encryption key, adding yet another layer of security.

This makes it exponentially harder for someone to figure out what the data contains and what is happening in this chain of communications from the outside. Therefore, increased protection from hackers, snoopers and of course, your internet service provider once more.

Should you use a double VPN?

There are further and even more secure methods of transmitting requests and data across the internet. For example, there is a system called chain VPNs, where you have - like the name suggests - a long chain of Virtual Private Networks all with unique private encryption keys jumbling your data to make it even more confusing for attackers. However, a double VPN is already a substantial step up from a typical VPN, and allows you much better security.

So, what are the benefits of using a double VPN, and should you purchase one for yourself? Well, for starters there is way more encryption in a double VPN and this exponentially increases the security and obscurity of your internet requests and data.

The more encryption there is, the harder it can be for an attacker to figure out what is going on and what is being sent behind the server and your device, the client. Secondly, with a double VPN it’s hard to track where your data is going, meaning that anyone who wants to see what websites you’re visiting, for example some creep on the public cafe Wi-Fi, will face some pretty tough challenges. 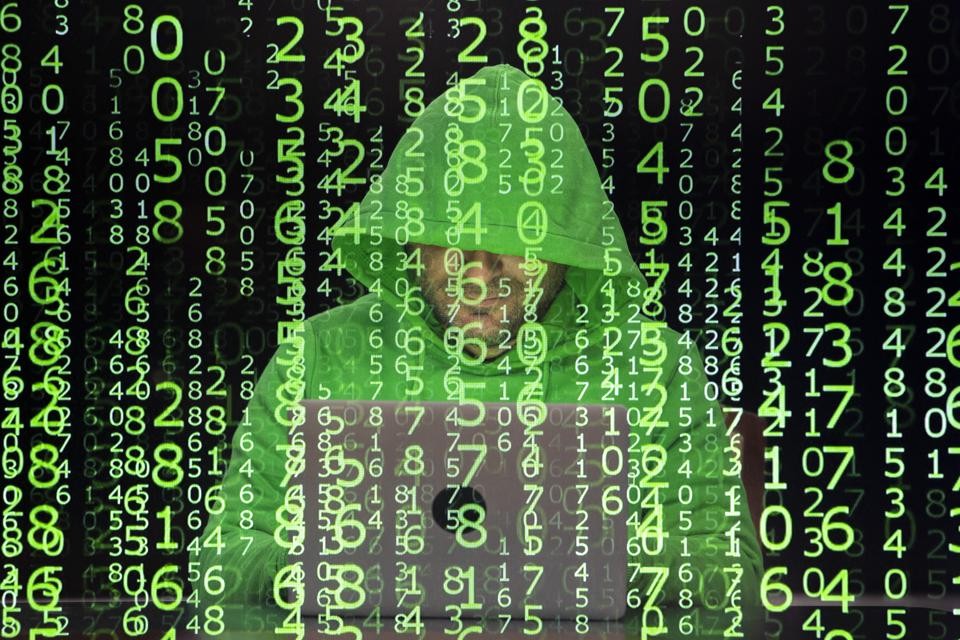 However, getting a double VPN does come with several disadvantages. Because you’re bouncing your internet communications off multiple Virtual Private Network servers, there is typically a greater waiting time between requesting a website and actually seeing it. It does not always work out that the VPN will make your internet connection faster - in fact, in many circumstances it does exactly the opposite! It also follows, therefore, that with a double VPN it is bound to use more resources on your device and drain your battery faster.

Your data has to take a pretty complex and multi staged journey to get to the server, and all the data going back to you also has to go through this process. Furthermore, the encryption and de encryption is also resource demanding, so perhaps a double VPN won’t be the perfect choice for you if your internet speed matters a lot.

Well, generally not. They can be bought in special deals from most of the major Virtual Private Network providers and do not take too long to set up. However, if the VPN provider doesn’t have a clear and obvious double VPN option, you may need to contact their customer support and specifically ask for one, which might take up some of your time.

Although double VPNs are quite a bit more complex than normal Virtual Private Networks, you probably won’t end up paying much more, which is great.

In this article, we covered the double VPN meaning, what a VPN is and compared it with a double VPN to find out what the advantages and disadvantages of using a double VPN are. We also explored what it would take to purchase and set up a double VPN and how much it would cost you. We hope this helped you!