How to Take Screenshots on Mac?

Different operating systems offer various tools that allow the user to complete tasks more efficiently and provide a better experience for the individual. While these features and tools vary across the operating systems, many share the same functionality. One such thing is the ability to take screenshots.

Screen captures are a great way to share with others what is happening on your screen and save certain information for later in a graphical format. If you get some error, you can easily capture a screenshot and send it to a tech support team. On the other hand, if you want to save a funny text from your friends, you can also take a screenshot and save it for a later date.

macOS is one of the most popular operating systems, only beaten by Windows. Screenshot tools for it have always been simple; however, they are somewhat primitive. Knowing the right keyboard shortcuts allowed you to capture almost anything on your screen, but first, you have to know how to take a screenshot on mac.

Since the release of macOS Mojave, Apple added a built-in screenshot tool similar to the one you might find on Windows. It allows you to capture a screenshot on mac with a simple click of a button, and today we will show you how to use it.

How to Take a Screenshot on Mac? 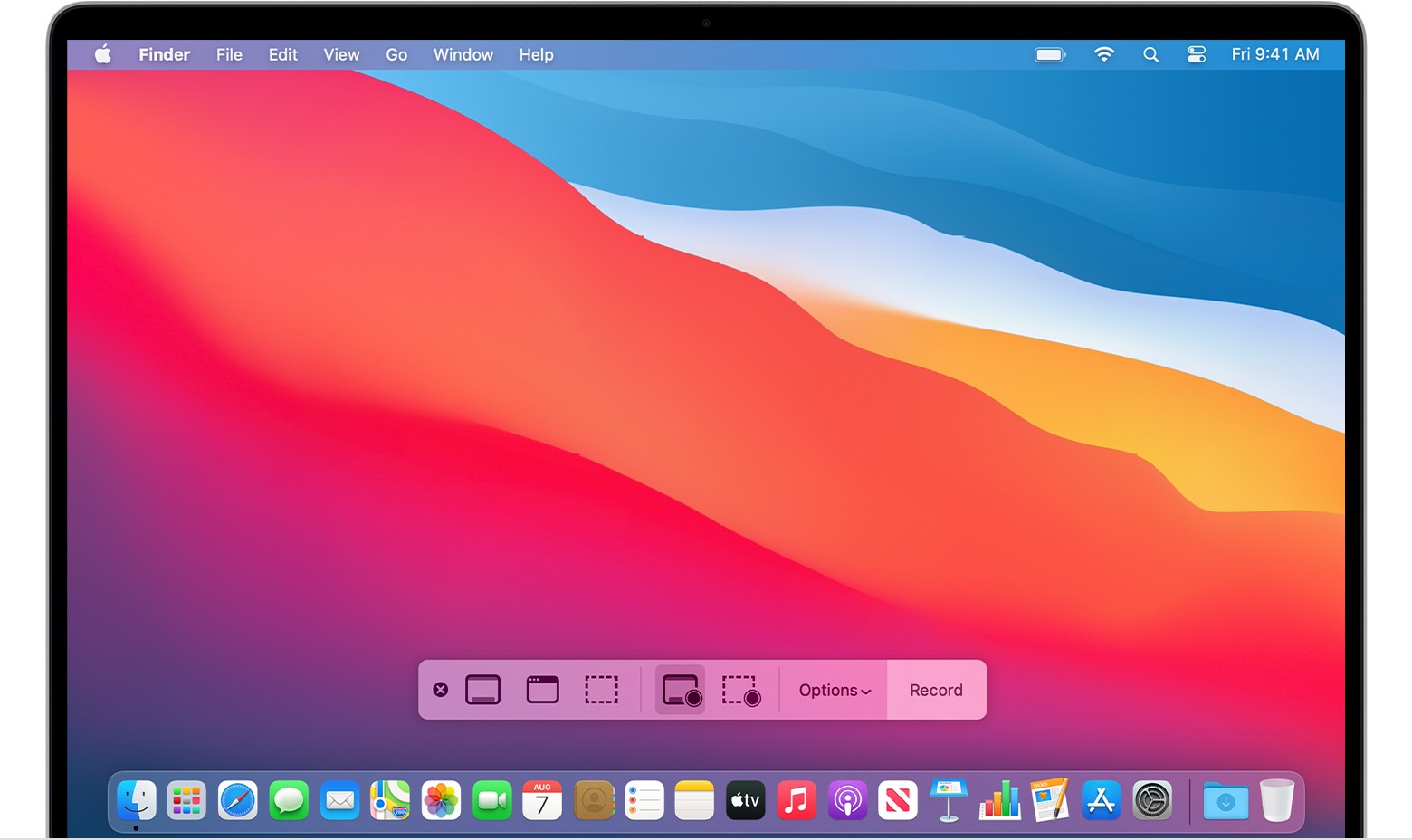 As it was mentioned above, there are multiple ways to screen capture on macOS; pick one that suits your needs the most. 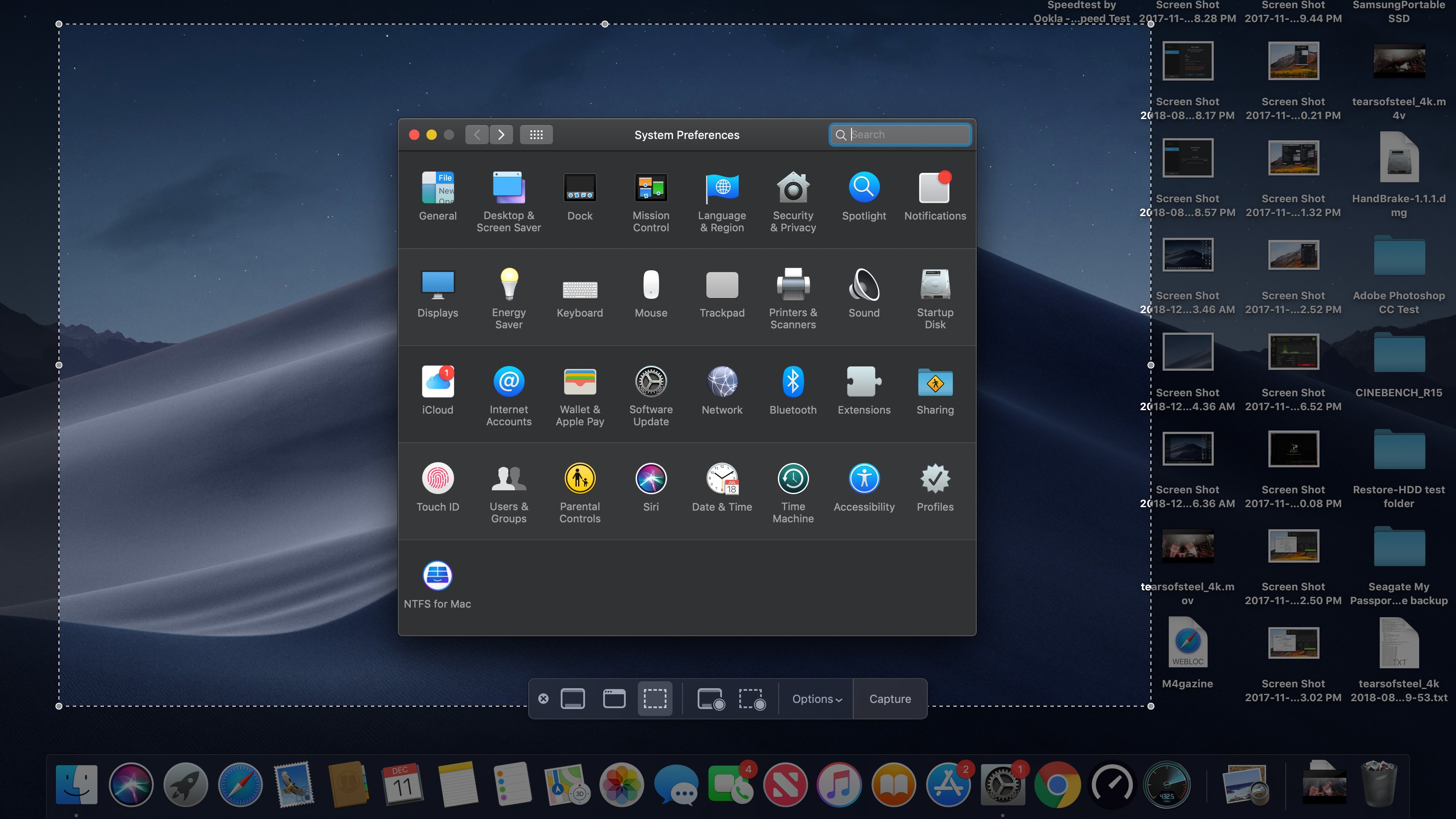 The image is taken from PCMag.com

To open the built-in screenshot tool, go to Launchpad, click on Others, and then on the screenshot. This can also be done by pressing the keyboard shortcut of Shift+Command+5. Using this tool, you can take a screenshot of the entire screen (print screen), a custom section of a screen, or a selected window.

This tool includes recording your screen, including the entire screen or a selected portion. So if you have the question on hwo to print screen on mac, here’s exactly how! In the Options drop-down menu, you can also select the path where to save screenshots or even set up a timer.

Use the screenshot keyboard shortcut Shift+Command+3 to capture a screenshot of the entire screen (print screen mac). Once taken, you will see a thumbnail in the corner of the screen. Click on this thumbnail to edit the image or wait until the screenshot saves on the desktop.

Method 3: Capture a Portion of the Screen

Capturing a portion of the screen is as easy as clicking on Shift+Command+4 and dragging the crosshair to select the screen area you want to be captured. To move the selection, hold the Space bar while dragging. Once the mouse or trackpad button is released, the screenshot of the selected area will be taken.

Method 4: Capture a Window or Menu

Yet another convenient shortcut you could use to capture a certain window or menu is the Shift+Command+4+Space bar. Once these keys are pressed simultaneously, your pointer will change into a camera icon. Please navigate the desired window and click on it to take a screenshot. To not include the window’s shadow in the image, press and hold the Option key while taking the screenshot.

Where to Find the Screenshots?

By default, screenshots are saved to the desktop with the name “Screen Shot [date] at [time].png”. If you wish to change the default saving location, open the Screenshot app as mentioned at the beginning of the article, click on the Options menu and select the desired location.

This is how you take screenshots on Mac. We showed how to operate the built-in screenshot tools and what keyboard shortcuts to use for a more efficient process. If you have any questions or suggestions, please leave them in a comment down below.

1. What is the MacBook screenshot shortcut?

To take a screenshot on macbook, press and hold these three keys together: Shift, Command, and 3

2. How to crop a screenshot on mac?

Press and hold the following mac screenshot shortcut keys together, Shift, Command, and 4.

Drag the crosshair to select the screen area to capture and release the mouse button or the trackpad button to capture the screenshot.

3. How to paste a screenshot on mac?